Did you miss the EU pork tasting in Tianjin? Check out how it went

On January 26th, From Farm to Fork campaign held an EU pork tasting event for professionals in the Four Seasons Hotel in Tianjin.

A selection of sector professionals including importers, distributors, restaurant and hotel representatives, e-commerce platforms and media agents attended the event to learn more about the campaign, the key merits of EU pork and to view the cooking demonstration and taste the four dishes prepared by renowned chefs. 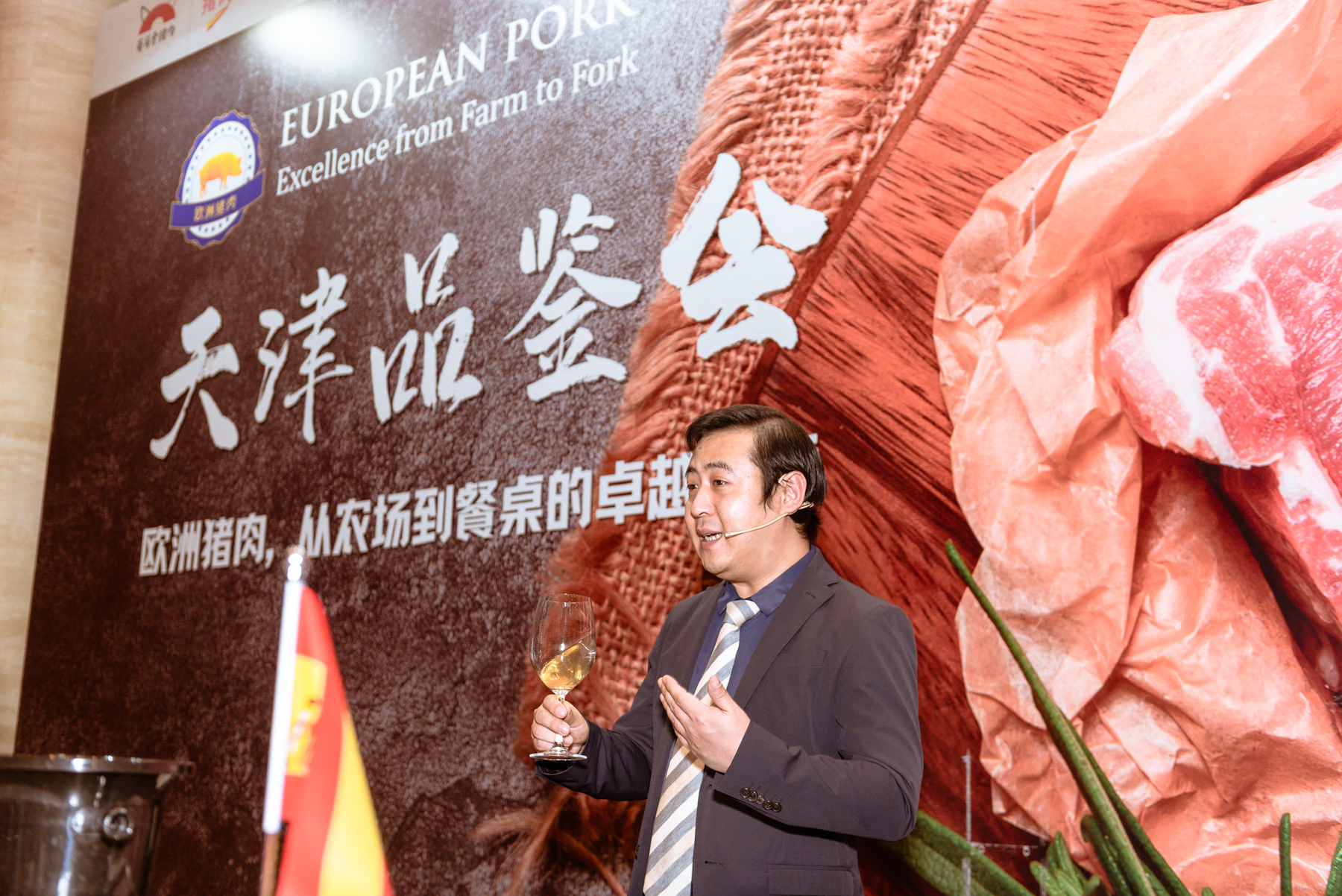 The European Union has a long-standing history of pig farming. Millennia of experience and centuries of technological developments have shaped the current From Farm to Fork strategy, which follows the whole production process to define the highest standards in the world.

The concept of “From Farm to Fork” implies a series of values for EU agricultural products: food safety, quality, taste, nutritional and health aspects, diversity, animal welfare and the respect for the environment. The result of the From Farm to Fork strategy is the guarantee that you will enjoy safe, high-quality pork every time you choose to buy Spanish or Portuguese pork.

After the campaign introduction and welcome remarks, the MC introduced the rest of speakers, including Four Seasons Head Chef Locus Hou, who performed the cooking demonstration,  Chef Hu Han, who explained the different cuts and cooking methods, and ham carver Zhang Qiuxu, performing a ham carving demonstration and explaining the origins and techniques for correct ham carving. 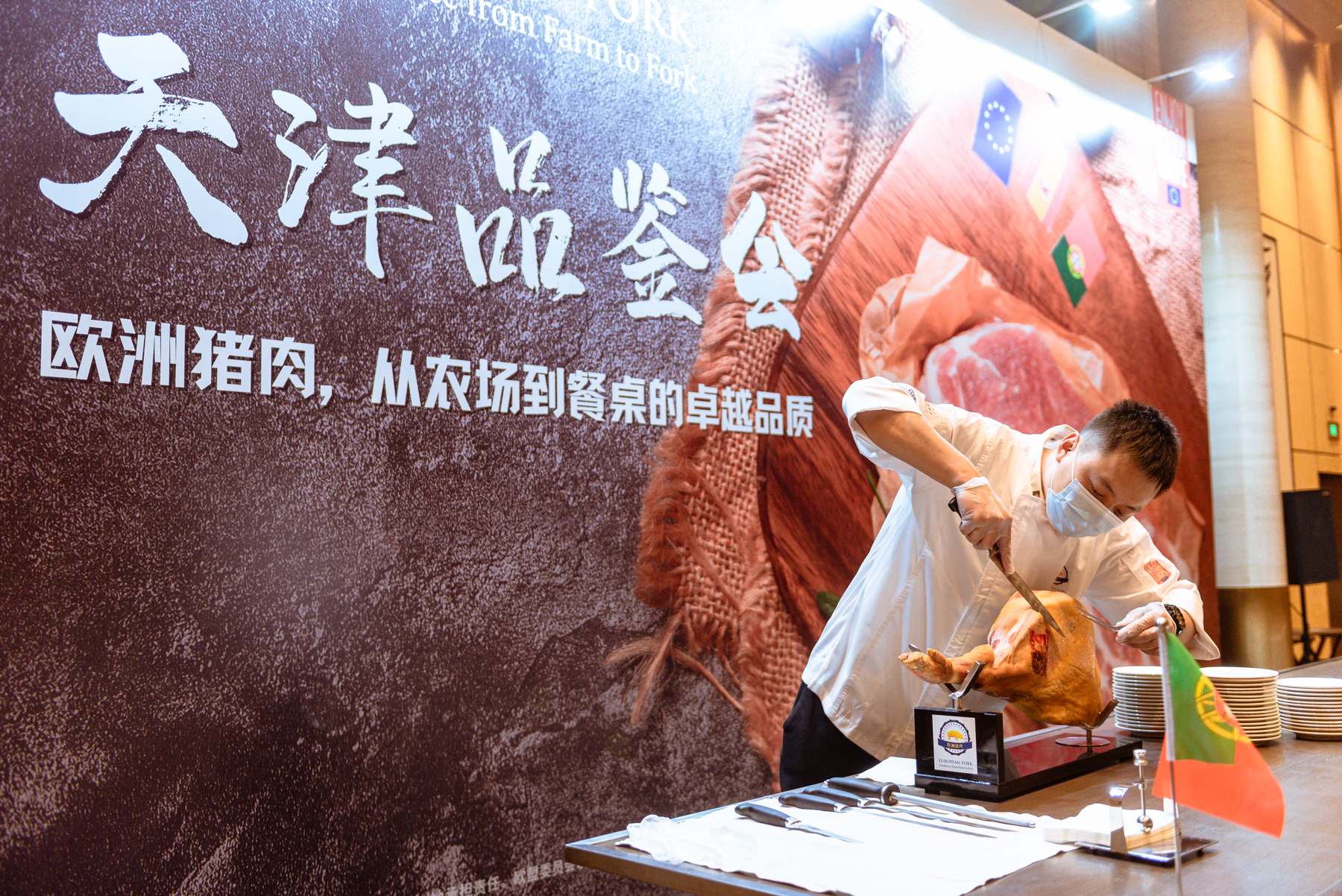 The process of ham carving with a knife requires time, dedication and skill. It is very important to be precise about the thinness and size of the slices in order to achieve the best texture and flavour for this highly-valued delicacy.

This is an ancient tradition, as knife-cut ham influences and contributes to the tasting experience.

He explained key aspects to take into account when ham carving, including the different knives, correct ham preservation, lighting and temperature.

After the ham carving demonstration, the MC gave way to the cooking demo, which was performed by Locus Hou, Chef of the Four Seasons hotel, and explained by Chef Hu Han, who reviewed the cuts used, the best cooking method for each cut, and the key merits of EU pork. 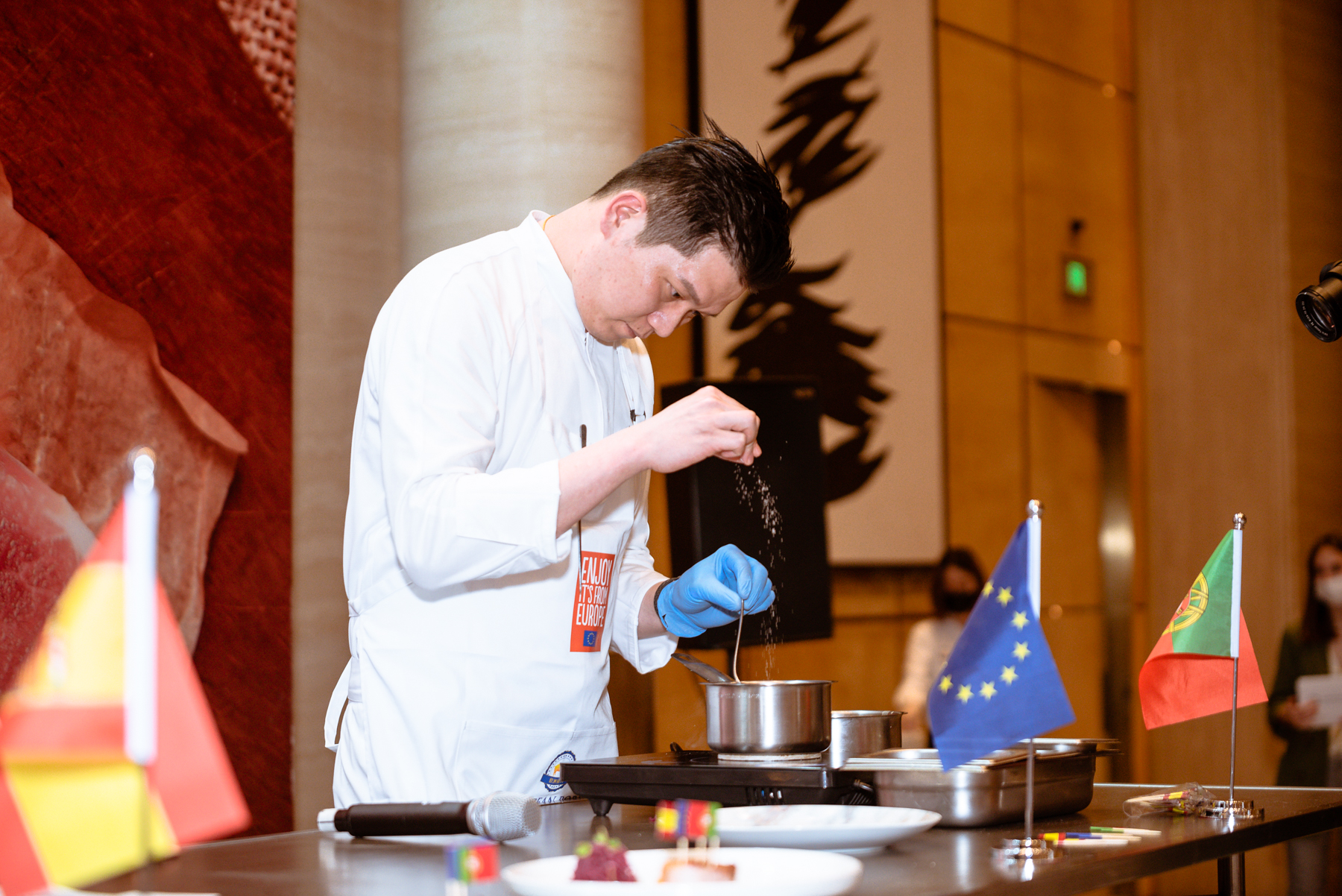 While Executive Chef Locus Hou performed the cooking demonstration of the four dishes, Chef Hu Han explained to the audience the uniqueness of EU pork, due to the From Farm to Fork strategy that is followed in the European Union.

The EU standards determine strict principles for food production, starting from the animal feed and medication used up to the transportation, slaughtering, cutting, processing and packaging of the final product.

Traceability, biosecurity, disease control  and feed safety are crucial aspects strictly followed to guarantee that EU pork is always safe and of the highest quality.

Different participants from a variety of profiles enjoyed the demonstration and tasted the ham and delicious dishes prepared for the event. Continue reading to see the menu and wine pairing selected. 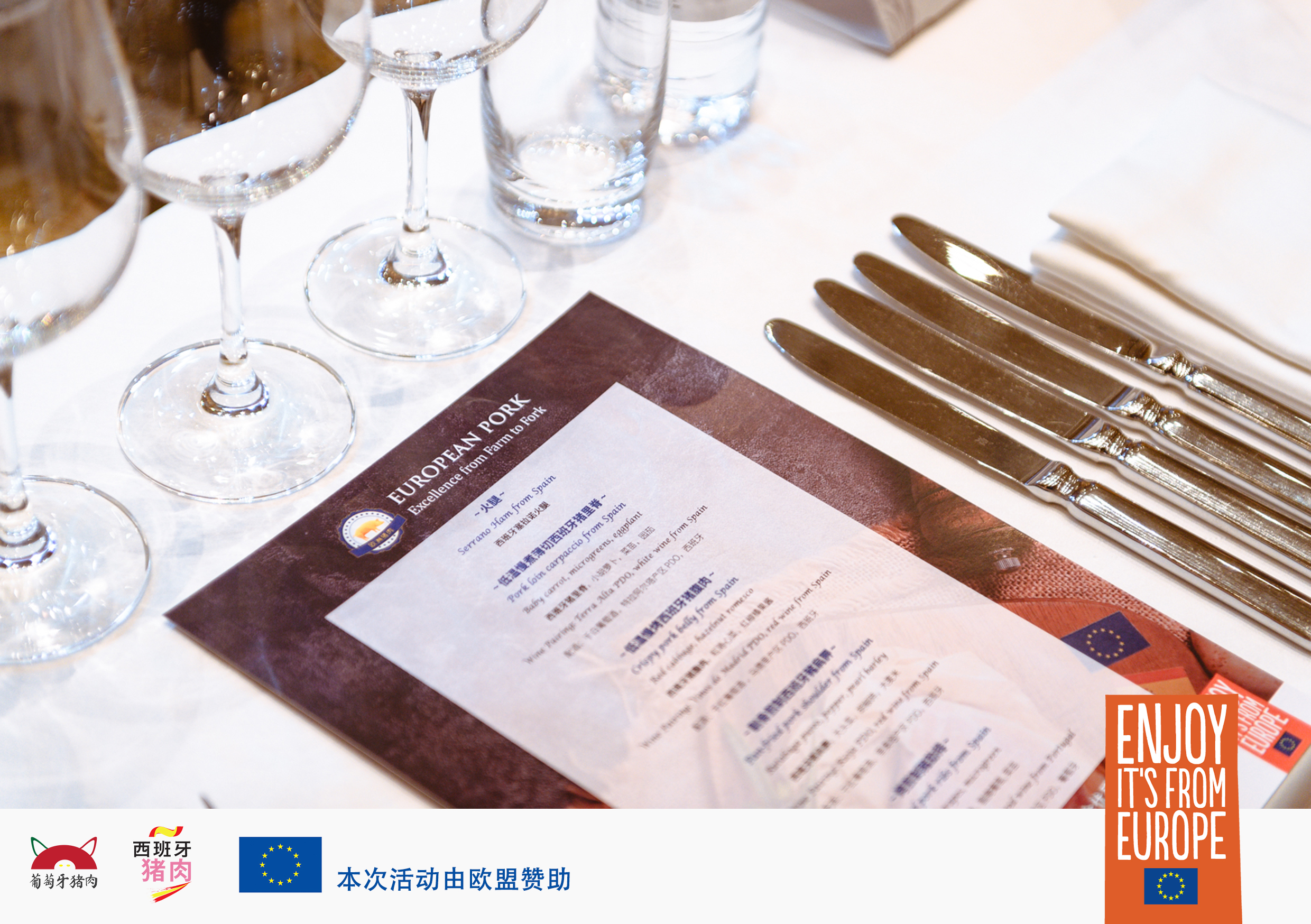 The 50 event participants enjoyed four different dishes of EU pork, including pork loin, belly, shoulder and ribs, cooked in different methods and accompanied by specific side dishes that highlight the quality flavours of European pork.

The wine pairing included one white wine and three red wines, all from Spain and Portugal. They were all hand picked by the Chief Sommelier, who chose them according to their organoleptic characteristics and the combination with the different pork dishes, so each cut and dish could be paired perfectly and the flavours and aromas of EU pork could be highlighted.

Menu and wines included the following:

Go to the news and activities section in our website if you want to learn about other events celebrated within the From Farm to Fork campaign, and don’t forget to follow our social media accounts if you do not want to miss any future events! 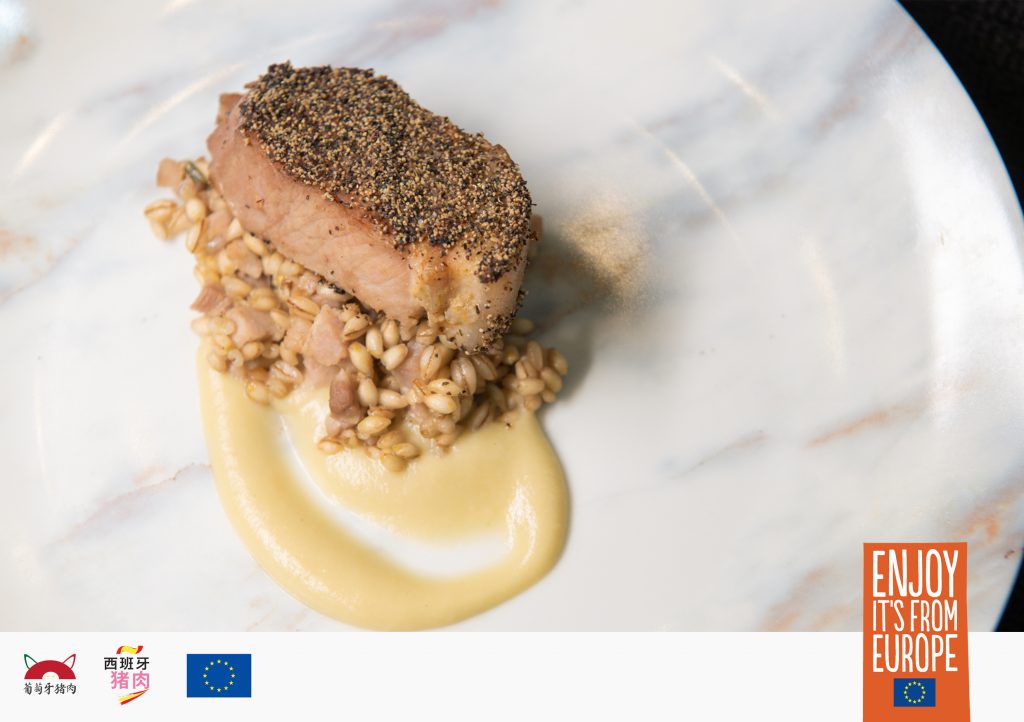 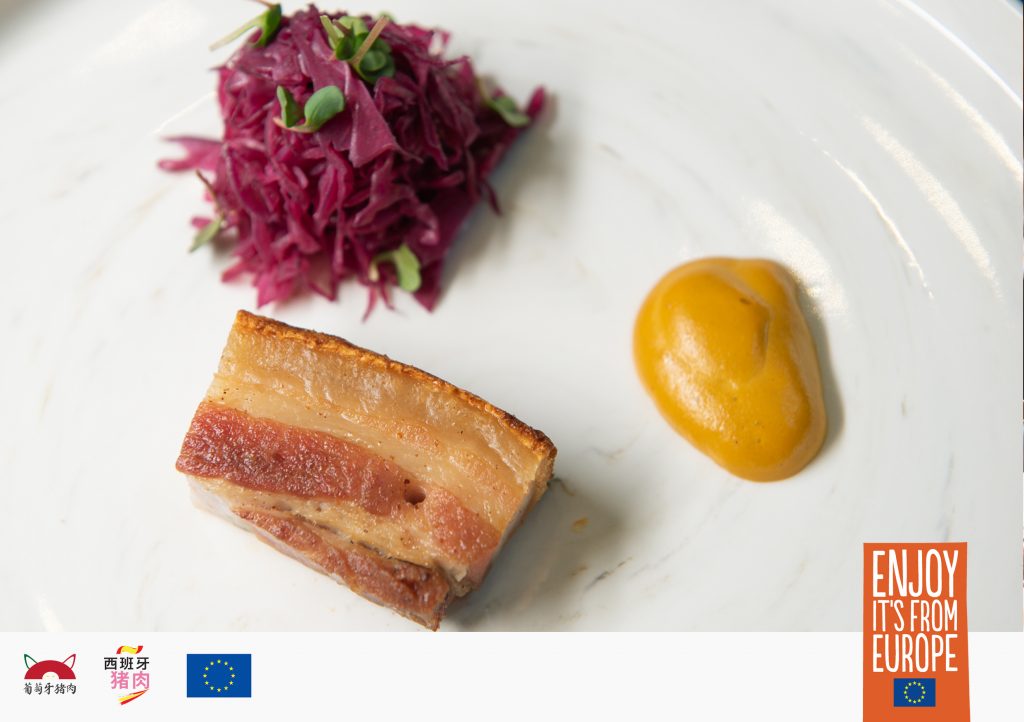 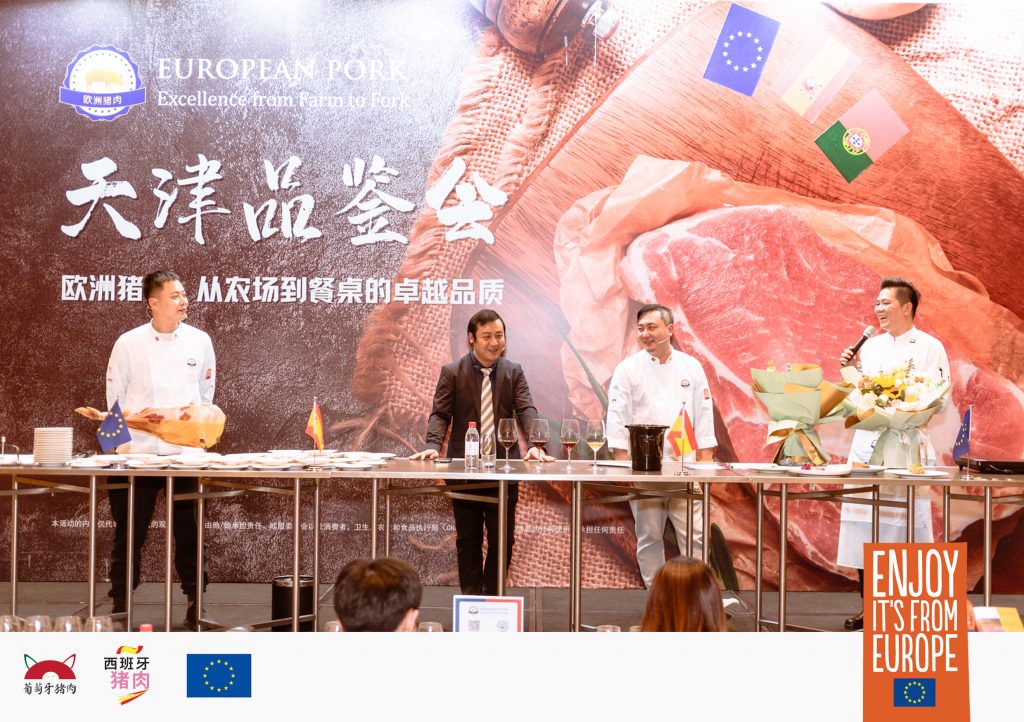 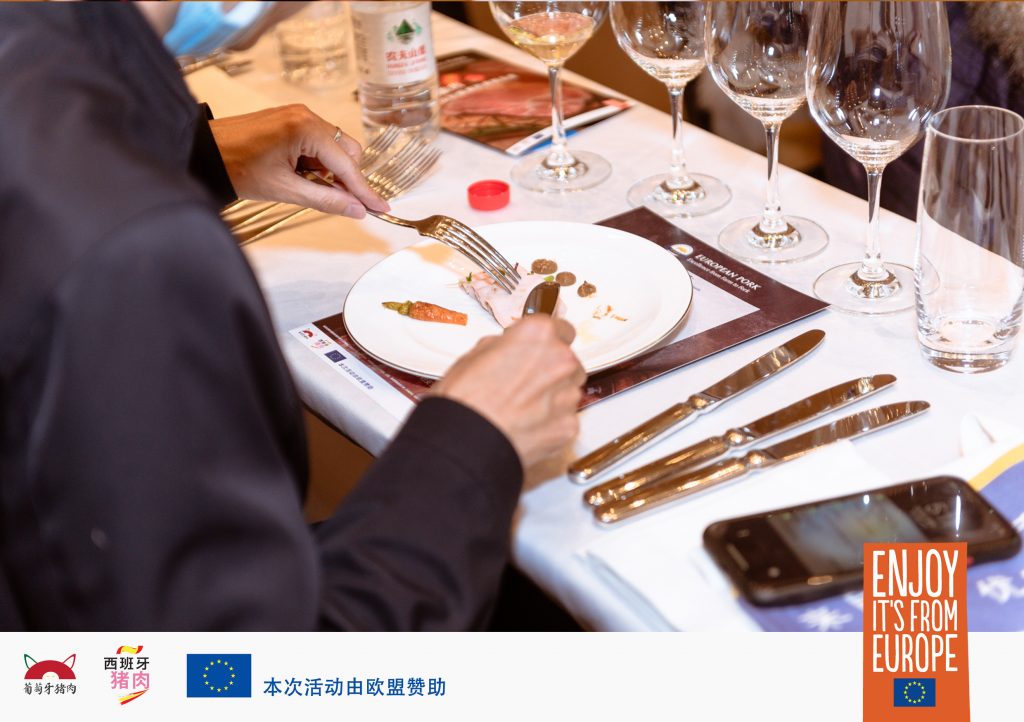 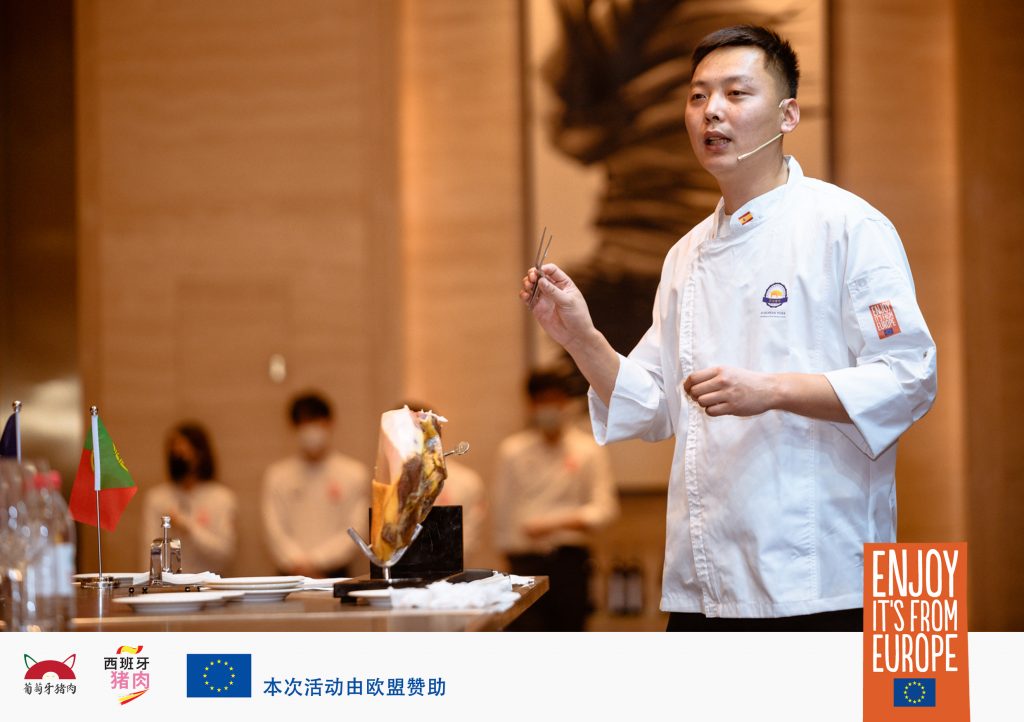 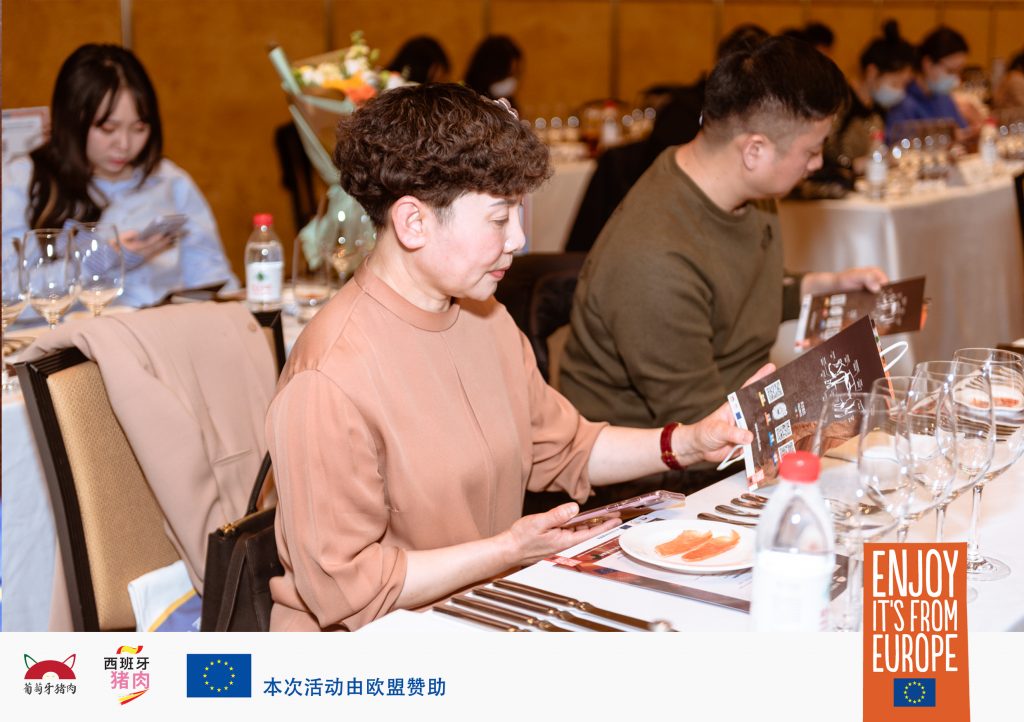 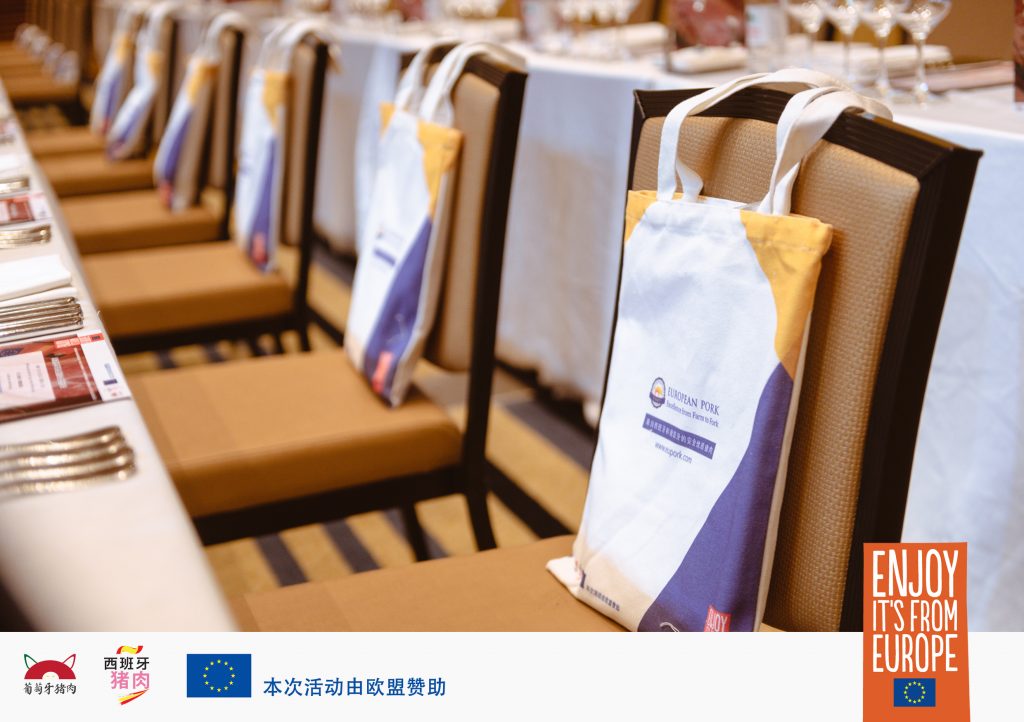