Chefs are key in the decision-making process of using pork. Therefore, it is crucial for them to know the product well, use quality products, and be able to train their staff. To achieve this and create a value adding image, From Farm to Fork campaign organised an EU pork (Spanish and Portuguese) cooking contest with Wang Sen Cooking School, a high-level cooking school with campuses across China.  Thirty chefs in total, from Suzhou, Chengdu and Shanghai, participated in the regional competitions, with two winners from each city selected to cook in the final round. The chefs used four selected pork cuts in open cooking stations and with the cooperation of a master of ceremonies, introduced the dishes and the key merits of EU pork.

In the first regional competition held in Suzhou on December 12th, the 10 contestants used different parts of high-quality and safe EU pork from Spain and Portugal to compose creative Chinese and Western style dishes.

The selected winners from this round were Zhang Laiyun, with Suzhou style pork, a Chinese dish featuring Spanish pork belly, and Hou Mingwei, who cooked a Western style dish of Spanish tenderloin at low temperature with season vegetables. These two participants successfully advanced
to the final, and they will travel to Shanghai on December 20th for the grand final of the competition. 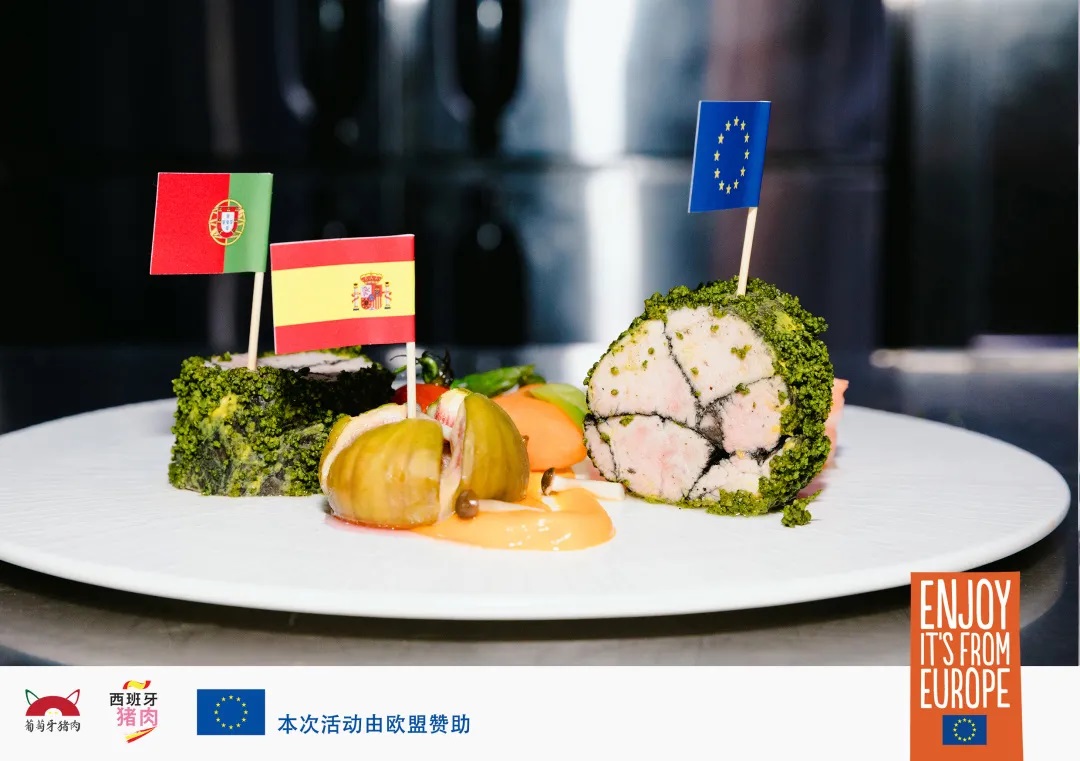 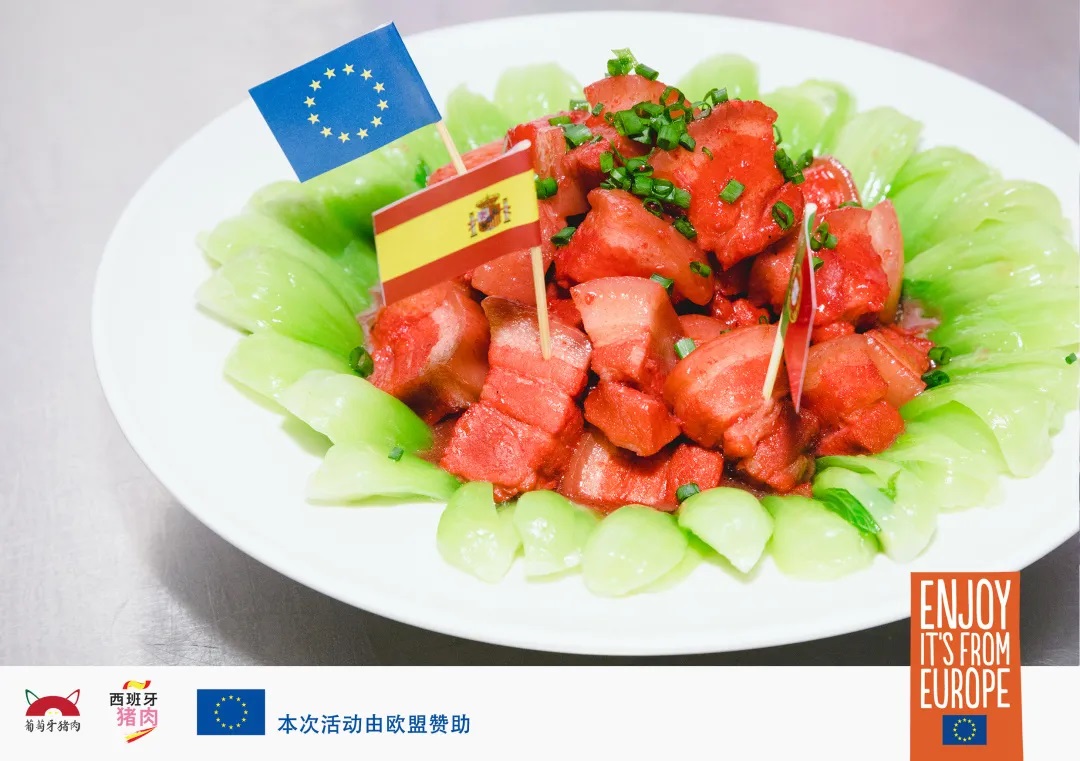 On the second regional competition celebrated in Chengdu on December 15th, the selected winners were Li Wanqiang, with a Chinese style dish featuring Spanish pork ribs with Sichuan style Mole sauce, and Yi Xiaobo within the fusion style or innovative food category, who cooked a delicious dish of traditionally cooked pork belly with innovative elements. 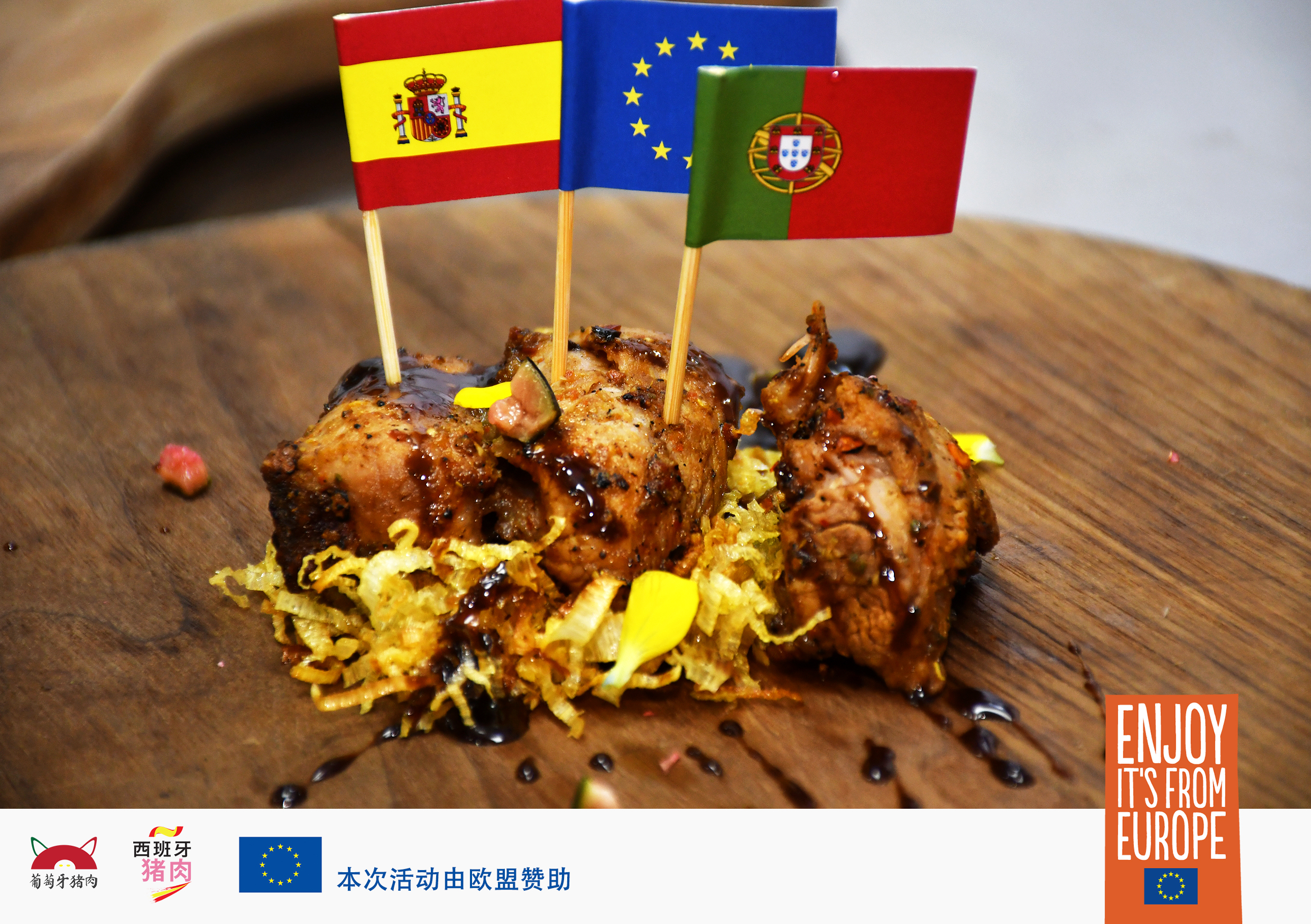 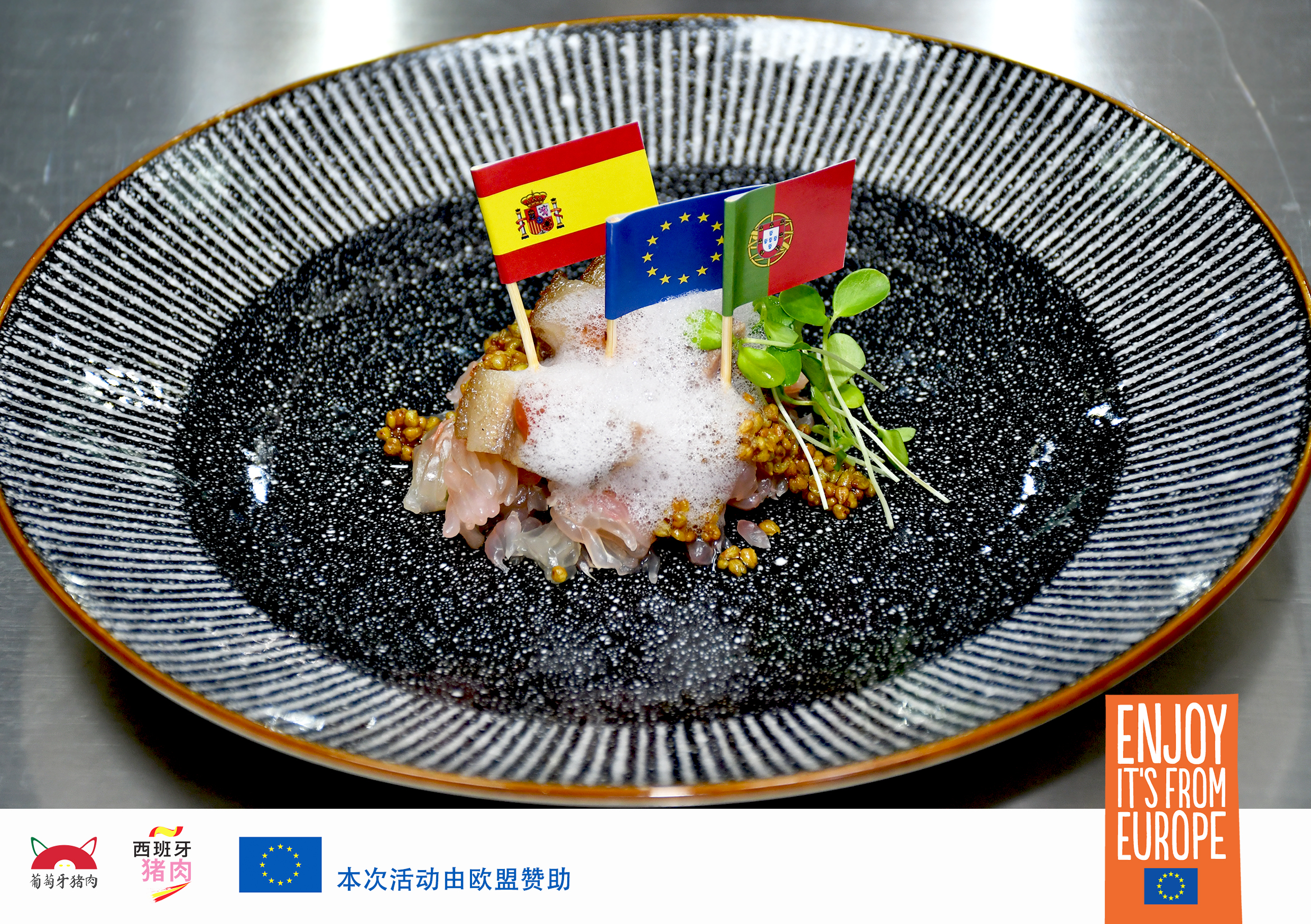 On the third regional competition celebrated in Suzhou with Shanghai participants on December 17th, the selected winners were Tian Hailiang, with a Chinese style dish featuring Portuguese pork ribs with sweet and sour Jiangnan sauce, and Pan Shuntao within the Western style category, who cooked a pork roll with Spanish pork belly. These two participants will join the other winners from Suzhou and Chengdu to cook an original dish in the final competition in Shanghai. 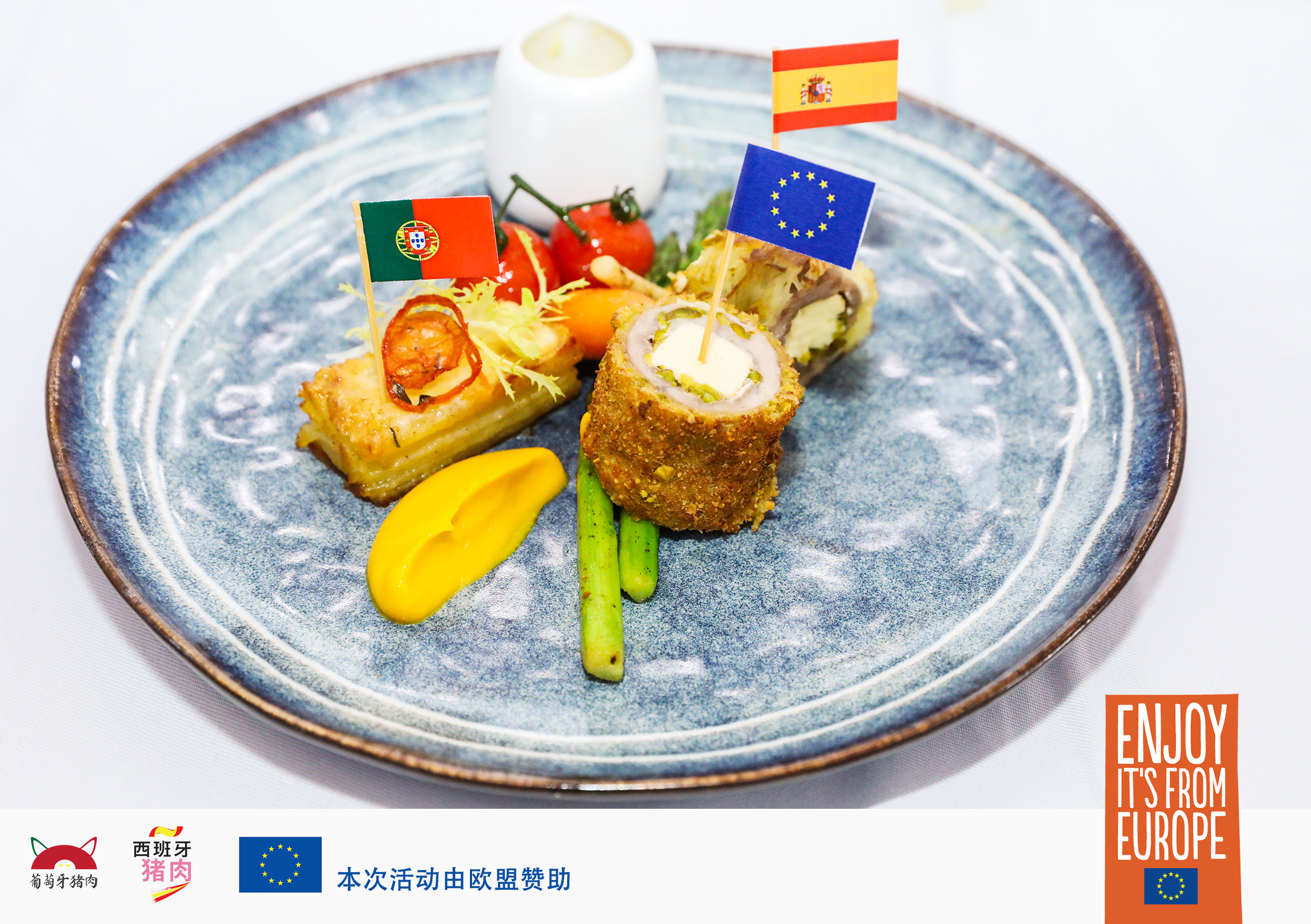 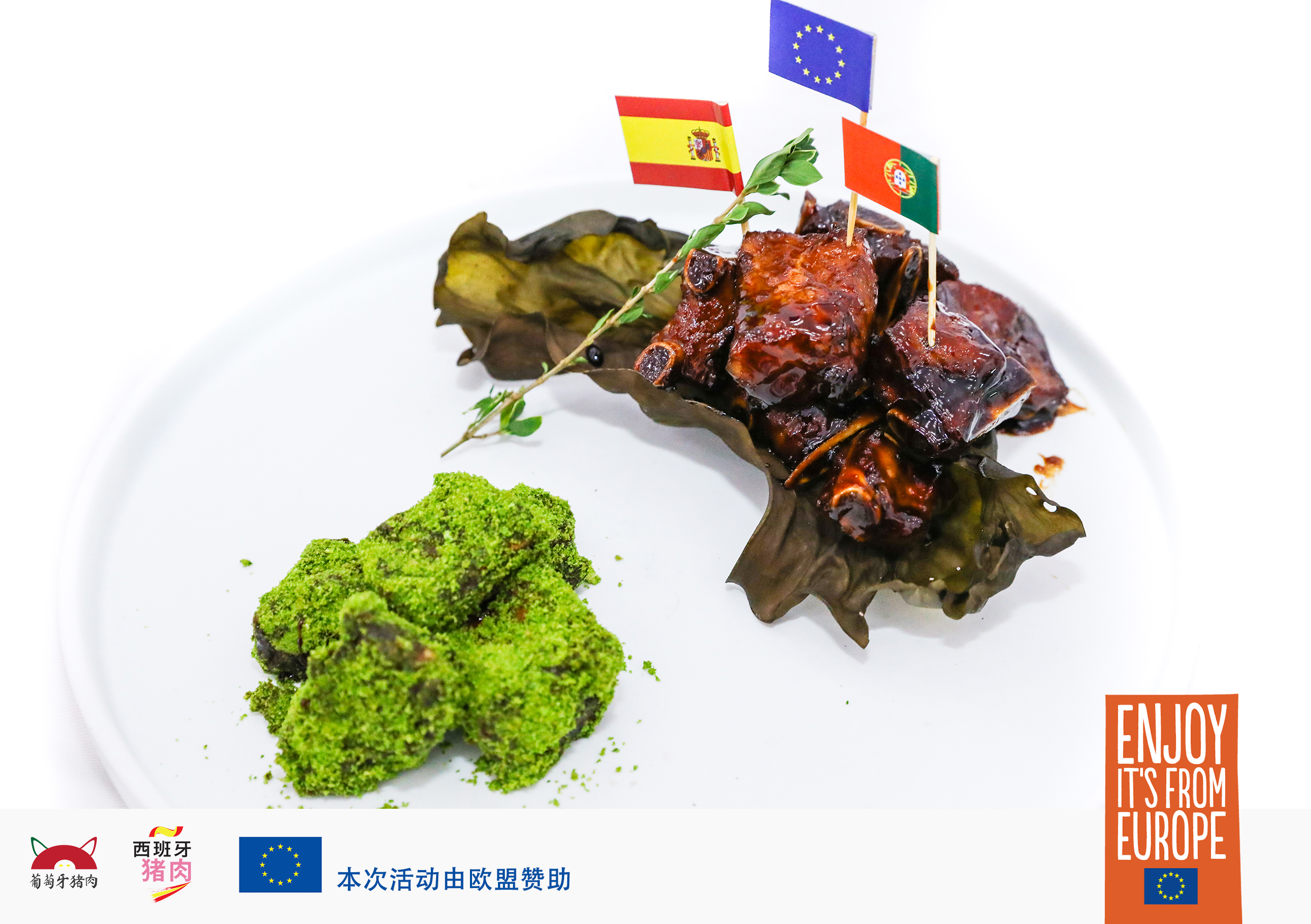 These six excellent chefs secured a seat in the competition’s grand final, which took place in Shanghai on December 20th. The judges of the final included three experienced five-star hotel chefs as well as a well-known food blogger and KOL. They enjoyed all dishes served and thoroughly discussed who the winner would be among such talented participants.

It was an excellent event full of cooking talent where the chef Hou Mingwei was proclaimed the winner.

Hou Mingwei’s performance in the final was excellent, with a low temperature Spanish pork mousse with multi-layered potatoes side dish that enhanced all the flavours of EU pork. 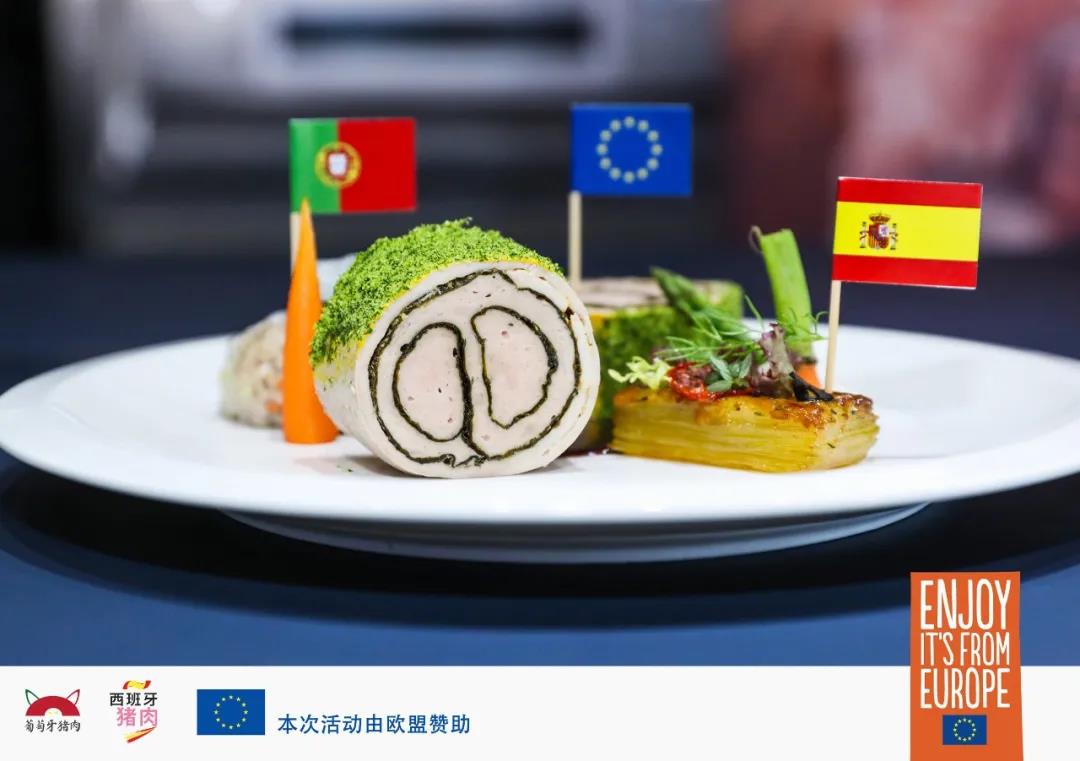 The competition prize includes the title of EU Pork, Excellence from Farm to Form campaign ambassador.